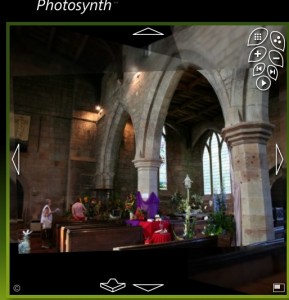 About a year ago I wrote about the Photosynth technology from Microsoft that creates 3D spaces from collections of photographs. At the time it only worked with a few sample data sets created by Microsoft, but there was a very nice demo to download and it was a pretty exciting piece of tech. Just a few days ago Microsoft released a full version that allows you to create your own “photosynths” by uploading collections of photos.

I just had to have a go. The image above shows a screen-grab of the Photosynth viewer with some data that I took.

Read on for more on the new release, how I got on with it, videos and links to the 3D scenes that I created.

END_OF_DOCUMENT_TOKEN_TO_BE_REPLACED 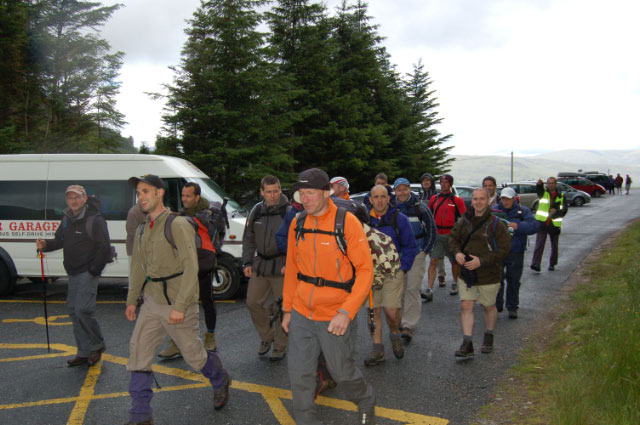 In this second article on my recent 3 Peaks challenge I describe the hikes themselves and the transits between the mountains. See Part One for a description of the challenge.

My personal times were:

So as you can see I did succeed and completed it – I got to the top of Snowdon in a shade over 23 hours. I was a little disappointed not to get down again within 24 hours, but as you will discover when you read the account of each mountain, I just count myself lucky to have even finished at all, irrespective of times.

END_OF_DOCUMENT_TOKEN_TO_BE_REPLACED

On the weekend of June 20th I took part in the national Three Peaks Challenge to try and climb the three highest peaks in the UK mainland within 24 hours. Starting off at Ben Nevis (1344m) in Scotland, I also climbed Scafell Pike (978m) in the Lake District, and ended up at Mount Snowdon (1085m) in Wales. In all there was about 25 miles of walking, hundreds of miles driving, and not too much sleep. I was part of the Long Eaton Round Table team of 20 walkers attempting the challenge, all to raise money for various charities including Multiple Sclerosis research. I’ve written here the story of the team’s efforts. But this post, however, is intended to be a more personal account of the challenge itself, the training and the preparation that went in to it.  Along the way I’ll mention a bit about taking photos on the way. Hopefully it will provide an interesting and useful resource for others who are doing the challenge too.

This is the first of two articles on the challenge, describing what it is and how we went about it. Part Two will go into the experience itself.